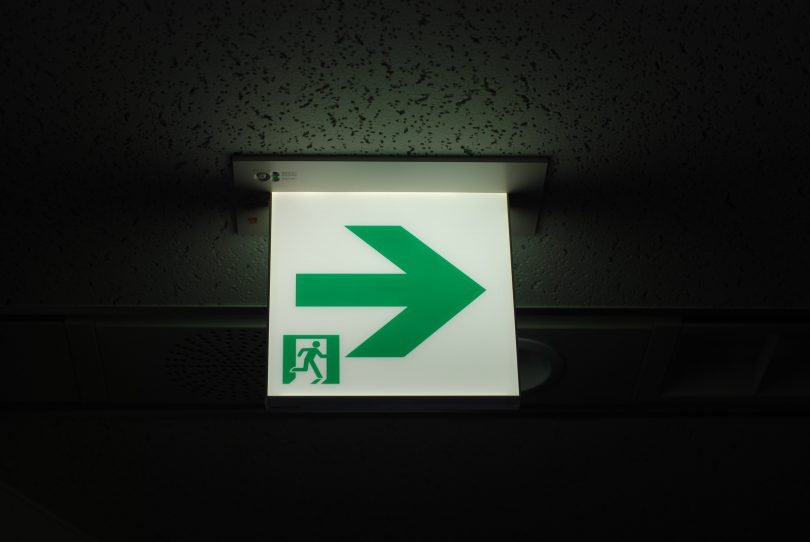 Let’s assume your country goes downhill. I’m not talking about an economic recession or a party in power whose politics you don’t agree with. I am talking total economic collapse, a military junta, hard-core socialism, prosecution of religious or ethnic minorities, violence in the streets. Or maybe it’s the San Andreas Fault causing California to fall into the ocean and your only option is a new life Mexico.

History is full of events where people had to flee. Sometimes in haste, sometimes with a bit of planning. But what happens next? Unless you stashed away money in a Swiss bank account and it is still accessible, you will have to work to survive in your new environment. Speaking a foreign language can be your survival tool.

If you are from the Spanish-speaking parts of South America, you are good to go. Right now, over one million Venezuelans escaped their hell at home and are getting by in neighboring Columbia, or further south in Peru or Chile. Some are in Brazil, but unless they speak Portuguese, their opportunities are much more restricted there. And I would surmise that a country would be much more accepting if refugees who bear some kind of cultural or linguistic similarity to the host country.

If we view the mastery of a foreign language as a life insurance policy, two types of languages seem to be extremely useful for the potential refugee or emigre.

English, Spanish, and Mandarin. If everything fails, speaking one or more of these languages should be a good insurance policy. With English, you can get by in many countries. With Spanish, you are safe everywhere from the US to down thousands of miles in Patagonia; and there are Spain and the Philippines. Mandarin might be your access key to the safe harbor of China and all its satellite economies in Asia. Of course, this assumes that you are not too far away from any of the countries that speak these languages, or can get on a plane or ship to reach your destination. Keeping this issue in mind, an alternative strategy might be to learn the language of at least one of your neighboring countries.

As a US citizen, apart from Spanish, French might come in handy.  French-speaking Quebec might be your final refuge in case the coming border wall in the south prevents you from escaping to Mexico. In Colombia, mastery of Portuguese might be an additional safety valve, given that Brazil is huge, has well over 200 million inhabitants, a large economy, and still has lots of space left to settle. As a German, French would be my top choice, though Italian might be close second. Both are close culturally and neither harbors any wild resentments against a skilled refugee from Deutschland.

Needless to say, knowing the language of your neighboring country also offers potential career and financial benefits, and makes for more meaningful vacations in good times. Our focus here, however, was on dire times.

In the event that your country disintegrates or becomes hard to live in, speaking a foreign language might help you resettle in a new spot. You have a choice. You could learn one of the most-widely spoken languages as a bet of making it to one of the associated countries or regions; or you could learn the language of your neighbor country because of easier access. It is your strategic choice. Your choice may differ from my choice. Determinants would be personal preferences, assessment of risk and benefits, and a host of personal factors including passport, profession, and current location.