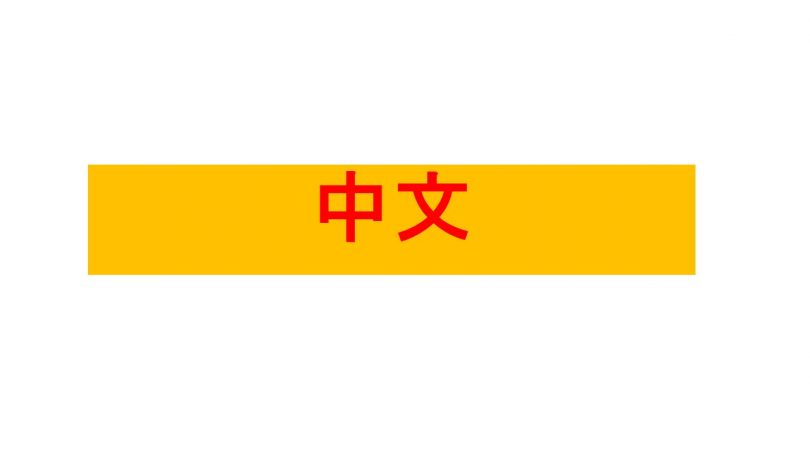 I’m pretty sure you won’t like this article, unless you are a big fan of learning languages, or have Chinese roots or other ties to the Mainland. In fact, I fully assume that you will neither believe the predictions I make nor start allocating time to learn Mandarin. That’s okay, but at least take 5 minutes and hear me out.

Why English (Currently) Rules the World

For the last few hundred years or so, English has been the lingua franca – the language to speak if you want to have a global career, negotiate contracts with partners from around the world, or study at prestigious schools. First in the British Empire where the sun never set, then the US-dominated world since World War II, everybody needed to speak English. Today, smaller countries like The Netherlands or Scandinavian countries run on English – you can work there without command of the local language (it might not be ideal, but is doable). Add the tens of millions of Indians who speak English, and the might of English (be it American English, British English, Aussie English, or Globish…) is unsurpassed. The only language that comes close is Spanish, given both the geographic reach, number of speakers, and importance of the Spanish-speaking countries as a whole.

Let’s start with some bad news. Given that English has been the world language for so long, it’s no wonder that many English speakers are English speakers only. Unlike the French or Germans who needed English to access the world, native English speakers were able to relax and let others come to them. Except for people in the south of the US with Hispanic influence, Canadians in or near Quebec, or a globally-minded Brit, the idea that learning a foreign language is necessary for career or survival seemed ludicrous. But the power in the world is shifting – it is shifting away from the West to Asia, more specifically to China. And it is doing this fast. In other words, the importance of English will decline. The only question is how fast, not if. Don’t trust all the soothsayers who cannot fathom any other world order than we see today. History tells us otherwise.

The West is completely unprepared for a new global world order in which the Chinese lead and not the US. We can debate when China will surpass the US, but its population ratio to the US is similar to the one the US has to Germany. No other country has lifted so fast hundreds of millions of peasants out of poverty, has built the most modern cities, and has become a leader in tech. Add China’s investments in learning, long-term thinking, and its history (China was the center of the world for centuries), and I don’t see anybody being able to stop China’s ascent. If you read the news, you know China is building infrastructure around the world. As a result, the US and other Western countries are already panicking on how to both compete with China and contain its global ambitions.

But wait, there is more – China has been learning and listening for decades. Its elites speak English, hundreds of thousands of kids have been studying abroad; therefore, millions of Chinese are already experts on anything in the West. How many US CEOs or executives speak Mandarin? How many US military strategists or generals speak Mandarin? Do you speak it?  I don’t. We witness an asymmetry of gigantic proportions.

Mandarin Will Be Essential

Mandarin is a hard language to learn. It is said that many parents of the 1% families in the US have started using Chinese nannies or other means to teach their kids Mandarin. You can take Mandarin lessons at your university; or, if you live in a town with a Confucius Institute, learn it right from the Chinese state and its cultural institutions (a bit like the French Alliance Française or the Spanish Instituto Cervantes).

You might do everything else to get ahead in your career, but what about Mandarin? The older you get, the more difficult it will be to learn any new language, let alone Mandarin. Thus, how will you operate in a world where Mandarin becomes more relevant? If you’re lucky, Mandarin just becomes an added language to English. This means a contract or a career track might make the knowledge of Mandarin optional, an asset, something to facilitate interaction.

When Mandarin Is a Requirement…

But what would you do in a world in which Mandarin becomes a requirement? It could be an unofficial de facto necessity to land a job in a company that is owned by or has a lot of trade with the Chinese. Or you could be forced to use Mandarin in contracts with the China, or when living in a country that has switched allegiance from the US to China and is being drawn into the Chinese sphere of influence. Don’t be lulled into a false sense of security by residing somewhere in the US. The Spanish introduced their language when eliminating the Mayas and Incas. The British imposed English, the French French, the Dutch Dutch – you might not like it, but there is no reason to believe that in a Chinese-led world Mandarin would not become the dominant, or maybe even more terrifying for you, the only relevant language.

Even a few years ago, I would have said that the command of English, plus Spanish and maybe a third language (your own, or the one of a country you have an interest in), would be sufficient for whatever comes in your long life. Recent events and the amazing speed of China’s expansion, global influence, and success lead only to one conclusion – Mandarin will be become the new global standard. Given how quickly China moves in everything, don’t bet on this date being decades away. Nobody saw facial recognition coming even 5- 10 years ago. Prepare for a Chinese-led global world order by learning Mandarin – your economic well-being and maybe even your life might depend on it.