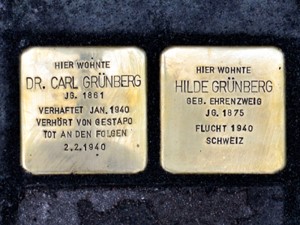 You love your country. Your family enjoys a good middle-class life: kids go to school, your salary is sufficient, neighbors are nice, and things are pleasant overall. There is one fly in the ointment, though. Your county has just elected somebody radical, somebody with some crazy ideas about to change the economy and how to deal with neighboring countries. This person is also full of hate against a certain ethnicity within the populace. Some newspapers applaud the election as the new leader will effectively deal with some economic woes, while others fear a “strongman” and warn of dangers to democracy. Thus, at the dinner table you bring up the topic with your wife and two teenage kids. “Is it time to get out?” you ask them. They all look at you and say “Where is this coming from? No way, what the heck are you talking about? Life is good right now.”

The Difficulty of Reading Tea Leaves

Have you ever wondered why people just stick to their home countries despite lurking danger to their lives and livelihoods? Sure, some folks might be patriotic and ready to fight whatever might come, but what about the rest? Did they not see the danger coming, or did they assume the danger would not befall them? Alternatively, did they see it all coming, but did not have the means or willingness to act upon their beliefs and leave?

Imagine the above conversation had taken place in Frankfurt, Germany in 1933, right after the election of Adolf Hitler.

Now, first you have to try to forget what came over the next twelve years. Hindsight is 20/20, but in 1933, all there was to see was a kind of crazy speaker with a hatred of Jews, promising to restore Germany’s economy and tear restrictions from the Treaty of Versailles apart. Still, you read that his gangs had beaten up political enemies for years. There was also talk in the streets that he would rule with an iron fist and go after everybody who didn’t agree with his Nazi policies. On the other side, coming out of the severe depression years of 1930-32, his ideas to reduce unemployment and invest in infrastructure sounded solid. Maybe this guy wouldn’t be so bad after all. Since you were apolitical, you did not fear being targeted by the new regime.

Be honest: would you have left right after the election in 1933, or waited to see what would happen? The borders were open and getting residency in France, Great Britain, or Spain should not be that difficult. Let’s say you stayed. You would have witnessed more and more legislation to create a one-party totalitarian state. The economy boomed, though. People had disappeared, show trials happened, all freedoms were curtailed, and organizations closed or merged to make them part of the big new Nazi state. No concentration camps yet (please remember again that our hypothetical person does not know what would come).

It’s 1934 or 1935 now. The borders are still open, though laws are installed to make capital flight and hiding savings abroad more difficult. Nobody has come after you yet.  Moreover, the Olympic Games of 1936 in Berlin are around the corner, and the whole world will come to witness the resurgence of Germany. The Reichsmark is strong. You are troubled by the attack on Jews, though. Both Jewish and non-Jewish Germans have left. What about you and your family?  Let’s have the discussion again:

“Is it time to leave the country?” you ask.

You kids are about to finish high school. You’re afraid of what’s happening in the country and fear the worst. Your wife is more afraid of you leaving your nice job and income behind. Your son reminds you that nobody in the family speaks a foreign language, just some broken English. Moreover, your daughter tells you that she has a sport competition coming up. She was selected by the school board to represent the school in this highly visible event which, rumors have it, high-ranking government officials will attend. Still, you press the issue again. “We live in a dictatorial regime. Where will this all end? Isn’t it time to get out now?”

Why Do Some Leave but Others Do Not?

The pictures in this blog post are from Frankfurt. In many German cities, in front of houses where Jews lived before WWII, commemorative plaques are installed. They show the name of the person or family who lived there, the year and way of leaving, and the destination. Take a closer look. Isn’t what you see remarkable? For once, people left to different corners of the world, be it Great Britain, South Africa, or Switzerland. Then you have the person who stayed, was taken into custody and perished.

That brings me to the following general question: Why do some people get out immediately, some later, and some never?

Thus, I asked some Jewish friends of mine. They don’t have the answer either. We can only speculate. A person who leaves immediately is risk-averse and has money or skills that would make emigration easy. Or she is so scared she feels she must get out at all costs. Then the person who leaves once a regime gets fully established and has shown its evil character waits for confirmation. At that time, it might already be more costly to leave. And what about the person who stays? Cognitive dissonance of not believing what is going on the country? Or believing he’ll be safe for whatever reason, like having served the country well in the past? Or not wanting to abandon a larger family?

When Would You Leave?

We can see the difficulty of deciding when it is time to get out. History if full of these times. It took the Russian revolutionaries almost five years to fully control the country. Would you have gotten out immediately as some aristocrats did? When a strongman is elected to your country, will you pack up and get out ASAP, or will you wait for confirmation of a deterioration of the situation? Nobody can make these assessments and decisions for you.

When political or major economic events happen, we might be faced with a very difficult question. Is it time to get out, even if this might mean initial hardship in a foreign country? Could it be more advantageous to stick it out and see what happens first, but at the risk of missing the proverbial train, because hundred thousand or millions might decide at that point to flee as well, like in the case of Venezuela today? There is no easy answer. But since no country is free from political risk, you might want to create your own list of criteria of when you would emigrate no matter the financial costs and emotional hardship. We will take a look at what such a list of criteria could entail in another post.