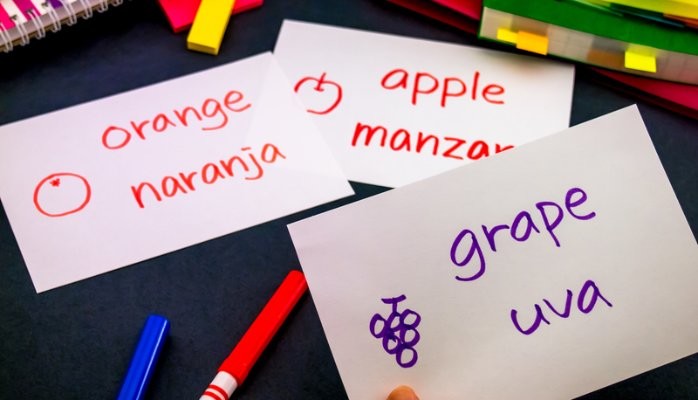 At the risk of generalizing, learning a foreign language has never been important for Americans. “Why learn to speak French, German, or Spanish, if the world speaks English, the U.S. has the biggest economy, and the only geographic neighbor that matters speaks English? Why bother unless you are really interested because of heritage or personal curiosity? Yes, Europeans need to learn languages, because there are so many different countries in close proximity. Moreover, if they want to do business with us, they had better speak our English…”

If you have kids and the above is your way of thinking, you are doing your kids a huge disservice. The value of speaking foreign languages has increased dramatically for Americans. Think ahead 5, 10, or 15 years and ask yourself, how your kids could profit from being multi-lingual.

College costs in the US have been increasing above inflation rate for many years. Even the most mediocre institution charges an arm and leg, because parents and students are not price-sensitive, paying everything to get a degree. College debt and how to get out of it has become the regular topic of magazines and TV shows. The truth is that college (university) education is often better in foreign countries than here in the U.S., and it is a great deal cheaper. Some countries only charge nominal fees. Your child could study for a fraction of the costs at home, plus getting an amazing experience. Argentina, for example, has been a center of education for many South Americans because of mostly-free universities. Germany has a very low fee education system, and the quality of universities in Asia is increasing every day. Now, if your offspring were fluent, s(he) could study abroad and reduce the risks of drowning in U.S. college debt. Don’t fear that U.S. employers will not accept foreign degrees. More and more companies will see a college degree from China, India, or any other country as an asset. Why? Read on.

Get Ahead in Global and Export Oriented U.S. Companies

From the U.S. President to small businesses, all have realized that one way to improve the economic situation is to increase our exports. There might be many reasons why French or German companies are successful exporters, but one is that their many employees speak more than one language. Yes, you can force your business partner to speak English with you, but whom you do you think she will trust more, the “English only” speaking American, or the European that has lived and worked abroad and can relate to the business partner? As the world gets more and more integrated, wouldn’t it be nice if your kids were part of this global economy and potentially get jobs for which their “stay home” friends might not qualify?

Work in a Foreign Country — Don’t be Stuck in a U.S. Recession

The depression in the 1930s lasted for about a decade. Nobody knows how long the current shallow economic recovery will last. Nor will you know how long the next recession will persist, whether it begins in 2019 or 2022. For centuries, foreigners have come to the shores of this country to seek opportunities. Now — and even more in the future — there might be times for U.S. citizens to look for opportunities abroad. There is always a boom somewhere. Many countries have either an open immigration policy or at least welcoming visa programs for students and qualified workers. But how can you start your own tourist business in Thailand, join a bank in Brazil, or work as an engineer in Germany, if you don’t speak the local language? The more languages you speak, the more options you have if your country is in a funk (and even, if it is not). Whether you leave for a limited time to arbitrage out a recession at home, or emigrate for good, speaking a foreign language can be a great door opener. It is also often considered a “must-have” for immigration by the authorities.

The next time you drive little Jane or Johnny to their soccer game, ask yourself: Wouldn’t (s)he be better off using all the time spent playing sports getting fluent in at least one foreign language that matters (e.g., Spanish, Mandarin)? Be aware that there is no easier time to learn a language than during the childhood and teenage years. Don’t waste your kids’ mental capacity and time by foregoing this opportunity. It will not come back.

(1) There are many non-economic advantages of learning a language as well. Studying a language requires discipline, builds cultural awareness, and leads to becoming a more rounded person. Moreover, there is the fun of being able to enjoy foreign books, films, and music in the original version.