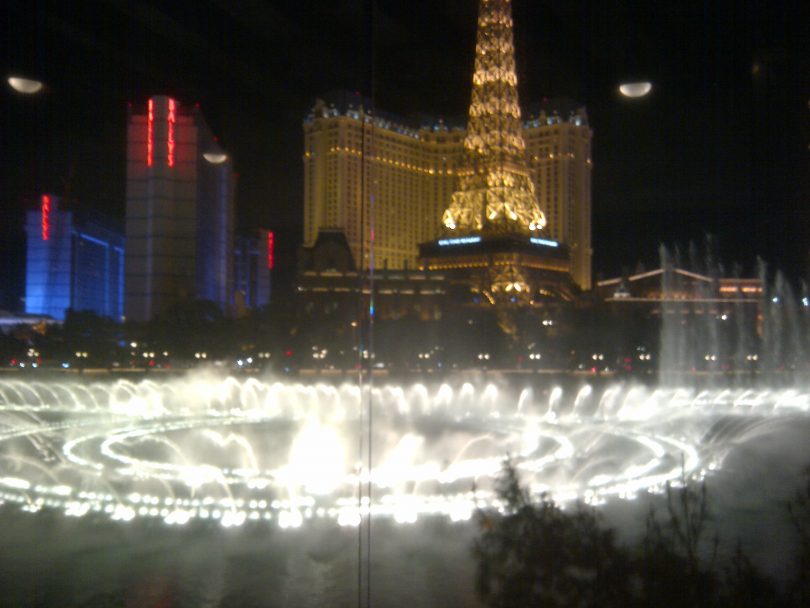 Forgive the catchy title, but what’s going on in Las Vegas right now is very exciting.  Whether you are an entrepreneur, artist, start-up founder, or a real estate investor, there are many opportunities to be had.

Let’s be honest. Las Vegas does not have a great reputation. It was called the “Dumbest City in 2010” by The Daily Beast, has suffered one of the biggest real estate busts ever recorded, and is battling mediocre statistics of gaming revenues, being outrun by far-away Macau. Despite all this, I am bullish. And it’s not about the Las Vegas Strip, its casinos, adjacent condos for rich, second-home owners, or even its convention business. It’s about a mix of the desert climate, low living costs, low taxes, decent infrastructure, the revival of Downtown and the Arts District, and the unique demographics of this place. It’s the opposite of, let’s say, Hawaii.

For starters, there is no state income tax in Nevada. Nor any need to pay for snow shovels (well, at least in 99 out of 100 years), though it can get chilly in winter. Three hundred days of sunshine and hiking opportunities all around you.

Rents and home prices in Vegas are extremely low, reflecting reflection of both the lower average income and the abundance of land. Compared to a place like Austin, Texas, you can rent or buy your decent high-rise living quarters with all amenities for two-thirds or half the price. Compared to NY or San Francisco…let’s not even go there! Many one-bedroom apartments in decent buildings do not surpass $1000-1200 in rent – not bad for a diverse city with 2 million inhabitants. For owners, real estate taxes around 1% seem very reasonable.

Food prices are a bit higher than average, and gasoline costs maybe 75 cents/gallon higher than in Texas but still lower than in California. Eating out is like being in paradise – sumptuous lunch menus for under $10 can be had in Chinatown (which offers all kinds of Asian food). Happy hours with great deals on appetizers last until 7pm or 8pm. New culinary adventures await those with some deeper pockets, including some delicious food in casinos off the Strip. All in all, a very attractive mix.

The McCarron Las Vegas airport is wonderful – efficient, not prone to weather issues like Chicago, easy to reach, and with non-stop connections to national and international cities.

The middle-class lives in Summerlin or Henderson, but the action is more and more in Downtown and the adjacent Arts District. Uber and Lyft are abundant. Additionally, the bus system offers rapid transport if you are along the major routes (including going from Downtown to the airport). Near Downtown, there is a functional bus terminal that connects all parts of the city including the airport and the Strip. Admittedly, given the vast outlay of the city, taking the bus is not a great option for most. Streets are in impeccable shape, and the multi-year highway construction project is soon coming to an end, so commutes should be much easier.

Urban renewal is one of the great American success stories. From downtown Austin to the Meatpacking district in New York City and from San Diego’s Gas Lamp Quarter to the bicycling paradise of Portland, there are countless examples. Once a city begins redevelopment, private investors, entrepreneurs, and artists arrive. The transformation usually lasts for decades with broad economic and social benefits.

Las Vegas is decades behind other cities in transforming its core. Moreover, the financial crisis put many plans on hold. But things have changed recently. I went to presentations of urban planners, walked around, and felt excitement in the air. If other downtowns are too gentrified for you or you missed the boom somewhere else, take a look here.

The city has planted beautiful palm trees. Downtown casinos along Fremont Street are going upscale; even East Fremont Street is expanding.  A free shuttle bus connects Downtown with the Art District and the nearby outlet shopping mall. The Smith Center for the Performing Arts (on the other side of the rail tracks) has fantastic reviews for acoustics and style. Zappos, the online retailer, moved Downtown in 2013 with its employees. Its CEO has invested $350 million of his private money to make Downtown a more vivid community to live, work, and play.

The New York Times has just published a well-researched article about the Arts District and how urban revival is happening there. Part of the urban renewal has been the city’s remodeling and redirecting of several major streets in this neighborhood. And the city is not done yet. Every day sees wider boardwalks, biking lanes, bike sharing stations, and handicapped-accessible corners.

The Arts Factory, a magnet for galleries, events, and great food, is being joined by the Art Square, another art-hosting building. Several high-end loft towers with galleries, bars, and boutique convenience stores are attracting people from all over the US. Coffee shops, craft breweries, a high-end movie cinema, ethnic restaurants, and shared office spaces are already present.

Things are still a bit rough, far from picture perfect. The Arts District is not beautiful. The area and its surroundings can only euphemistically be described as having “industrial charm”: many empty spaces/lots remain, along with dozens of bail bond shops, wedding chapels, lower-end apartment houses, law offices, etc. But the revival is visible. Modern low-rise apartment complexes are going up, both small and large. What makes this development so exciting is that it is still in the early stages. One day, it will be like Downtown Austin, and your chance is now to become part of it.

Whether you are thinking about a new start-up, opening a bar or restaurant, have money to invest, or are otherwise entrepreneurial or artistically inclined, take a closer look at what’s happening in Las Vegas Downtown and the Arts District.