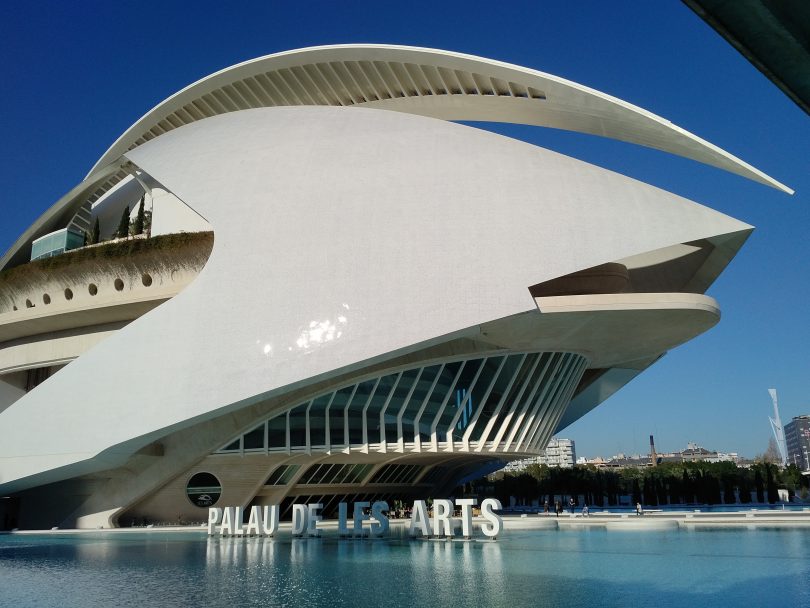 Traveling to a country can be insightful. Instead of just relying on the news, official statistics, and hearsay, nothing beats checking out a place for yourself. Nothing kills stereotypes more than using your own eyes and ears. During my winter vacation, I decided to spend two weeks in central Spain, just to refresh my memory of the beautiful capital Madrid, some of the surrounding medieval towns, and also take a look at Valencia, which some label the smaller and better alternative to Barcelona. Here is the punchline – everything on my trip in Spain seems to work better or be more pleasant than in Germany these days. Thus, is it possible that Spain is the new Germany? The following is not a scientific study or full-blown analysis, but a very subjective anecdotal look at some areas where Spain beats Germany.

One of the most important core assets a modern country needs is efficient and effective infrastructure. Let’s take a closer look.

Madrid’s international airport is a delight. It has clear pathways, markings that indicate the time to your gate, lack of long lines, efficient security, and easy bus and metro connections to the city. I am not aware of any German airport that comes close. Frankfurt airport is a bad joke. Its convoluted walkways confuse even native speakers. Duesseldorf makes people walk upstairs. Munich is miles away from downtown, and Berlin, well, the new airport has been delayed for years as the country is unable to get it done.

What about intercity and high-speed trains? The German train system is notorious for its delays. If your high-speed train has less than 20 minutes delay, you’re in heaven. Access to the train’s platform is open and is a zoo. From beggars to smokers to the occasional knife attack, you want to avoid German trains like a plague. They also charge for bathroom use in train stations.

In Spain, riding trains is paradise. You need a reservation for a train, platform access is controlled, toilets are free, and above all, trains run on time. Moreover, train compartments are well designed with ample space for luggage, bikes, or wheelchairs. And they cost a fraction of what you pay in Germany (even adjusted for purchasing power).

But wait, there is more. In the German town where my parents live, truck drivers were recently told not to use the main bridge crossing the Rhine with heavy loads anymore for fear of the bridge collapsing.

This all adds up to one and only one conclusion – Germany has failed to invest in infrastructure, i.e., the future for years, if not decades, while Spain has not. Visiting Spain today feels like visiting Germany a long time ago, when things worked and trains ran on time.

Another surprise in Spain for me was the amazing design and architecture. Pick any Spanish city and you will see modern design, be it museums, opera houses, or bridges. The country is matching the quest for the new with the conversation of the past. This is nowhere more visible than in Valencia. The beauty of the old town finds is counterpart in the Ciudad de las Artes y las Ciencias. It is a delight for the eyes.

Watching and talking to Spaniards in parks, tapas bars, and coffee shops, I found a level of optimism that I could not help but tie to the quest for new architecture. I know it’s a bold statement, but it’s clear that the years of the 2011-13 economic crisis have been left behind, and everything screams optimism. When visiting a Santander co-working space, something the bank copied from its Chilean subsidiary, I was blown away by the friendliness of the staff and the look forward. While German banks limp from scandal and crisis to crisis, Spanish banks like BBVA or Santander are embracing the future.

Germany on an Economic Suicide Mission

If you follow the German news, you’ve probably been scratching your head in disbelief. First, the country killed its safe and environmentally sound nuclear energy complex. It also is killing the coal industry in a bet on sustainable alternatives (nothing wrong with going green, but you have to manage the transition wisely). Too bad that the cost of this transformation makes consumers and companies pay the highest energy costs in Europe. Then there is the attack on the car industry, which has been the backbone of German’s export success for decades. In terms of digitizing the economy, the country is far behind others. Instead of investing in the future via education and modern infrastructure, tax Euros are being used for ever expanding social programs and consumption.  In other words, Germany is on a suicidal mission economic wise, especially when taking the recent influx of close to 2 million mostly unskilled immigrants into account while hundreds of thousands educated taxpayers are leaving the country every year to Switzerland, Austria, the UK, the US, and other green pastures.

I am not aware of any industry-killing initiatives in Spain. Spain hosts an array of global companies from fashion to energy to financial services. Some of its universities are in the Top 10 globally. Tourism is booming like never before, and even the new socialist government won’t rock the boat too much. Life expectancy is the highest in Europe. Yes, there is the Catalan independence question, and young people are still being discriminated against by a dual labor market that prefers giving benefits to those who have a job already versus those just starting out after university. But all in all, Spain is a solid country with a clear path forward. That’s something you cannot say of Germany anymore.

Should you decide to move to Europe, pick Spain over Germany. Forget about how Germany is supposed to be the economic powerhouse. It’s going downhill and you don’t want to enter a sinking ship. Go where there is optimism, trains run on time, and the feel of the country is one on the upswing.