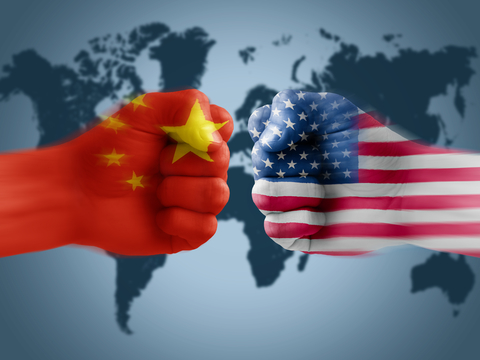 It is not what you might expect. The most important question in your life is not about your career, love, money, or kids. Getting the answer right might determine your economic and physical survival and even ensure you a great life. If you get the answer wrong, it could be that nothing else will matter. Unfortunately, you will only know the answer to the question after the fact. You will have to bet on what the response to the most important question could be. This will put you in a tiny majority, as I expect 99.9% of the population will either never consider this question or will discount it as too hypothetical, speculative, and, in any case, not practical. What is the question?

War or No War?

As you might have heard by now, the US and China are engaged in trade war. History has seen trade wars, usually with bad economic consequences for all involved. A prime example are the events after the Wall Street crash in 1929.  The Great Depression in the 1930s ensured after the US introduced the Smoot-Hawley Tariff Act and raised tariffs.  Other countries retaliated, trade collapsed, and bad actors were voted into office all over Europe. Sometimes, trade wars get resolved, like the one between the US and Japan in the 1980s.

It might be annoying to pay more for Chinese goods due to tariffs now, but this alone would not make or break you. The real question slowly coming into the open is about the Thucydides Trap – will the US and China one day go to war? And if so, when and how? The reasoning behind this line of thinking is pure history. Graham T. Allison, a Harvard professor, analyzed situations similar to the one we have today – an emerging empire (China) is catching up both economically and militarily with a dominant power (USA); the latter is unwilling to cede hegemonic might and the former becomes every day bolder in challenging the existing order. According to Mr. Allison, in 80% of similar cases, the two powers went to war.  Hot war, that is, not trade war.

Previous wars taught us several things. First, nobody can foresee how a war will be fought. WWI saw the introduction of tanks and planes, and WWII the use of bombers, aircraft carriers, and the atomic bomb. We can only speculate how a major future war would be conducted. Nor can we predict its outcome. A modern war probably will involve drones, artificial intelligence, space weapons, robotic soldiers, and cyber-attacks. Maybe all the US aircraft carriers will be sunk on the first day by thousands of drones, or tactical nukes might be used to destroy the Chinese man-made islands in the South Chinese Sea. The US mainland might be attacked. Or not. Will the nuclear deterrence work as it did in the cold war with the Soviet Union? Today’s actors might be less rational than the Soviet Union, which had seen the horrors of WWII. Nobody knows.

Moreover, some economic warfare in parallel should not a be surprise. As in WWI, capital markets might be closed for a while, and capital controls be imposed.

To a certain degree it does not matter which country wins, as even the winner will suffer beyond what we can comprehend today. What is certain is that in such a war scenario, you, if a civilian, probably want to be far away from either China, the US, or wherever you expect the hostilities to break out.

What Is the Question?

This brings me back to the beginning. How do you assess the probability of war between the two major world powers? Do you skirt the question or do you try to address it? Do you just follow the press or the experts for advice, whoever they might be?

In a previous blog, we addressed the question of whether preppers and prepping make sense. Here you have a direct application. Will you assign a very low probability to the war scenario, and as a consequence not bother with the Thucydides Trap and what it could mean for you? Or do you see the risks high enough to take precautionary measures, whether learning Mandarin, investing in a bunker, or moving out of any potential conflict zone?

I am fully aware that these thoughts are extremely hard to contemplate after decades of peace, amazing prosperity, and a globalized world where your passport opens countless doors. You might even consider me paranoid. But such was the situation in 1913. And only one year later, the European powers started slaughtering each other, with millions of deaths, collapsing economies, and starving population as a result. The Thucydides Trap between Germany and the British Empire had snapped.  While we can pray that this time it will be different, it might not be.

Thus, what is your answer to the question?